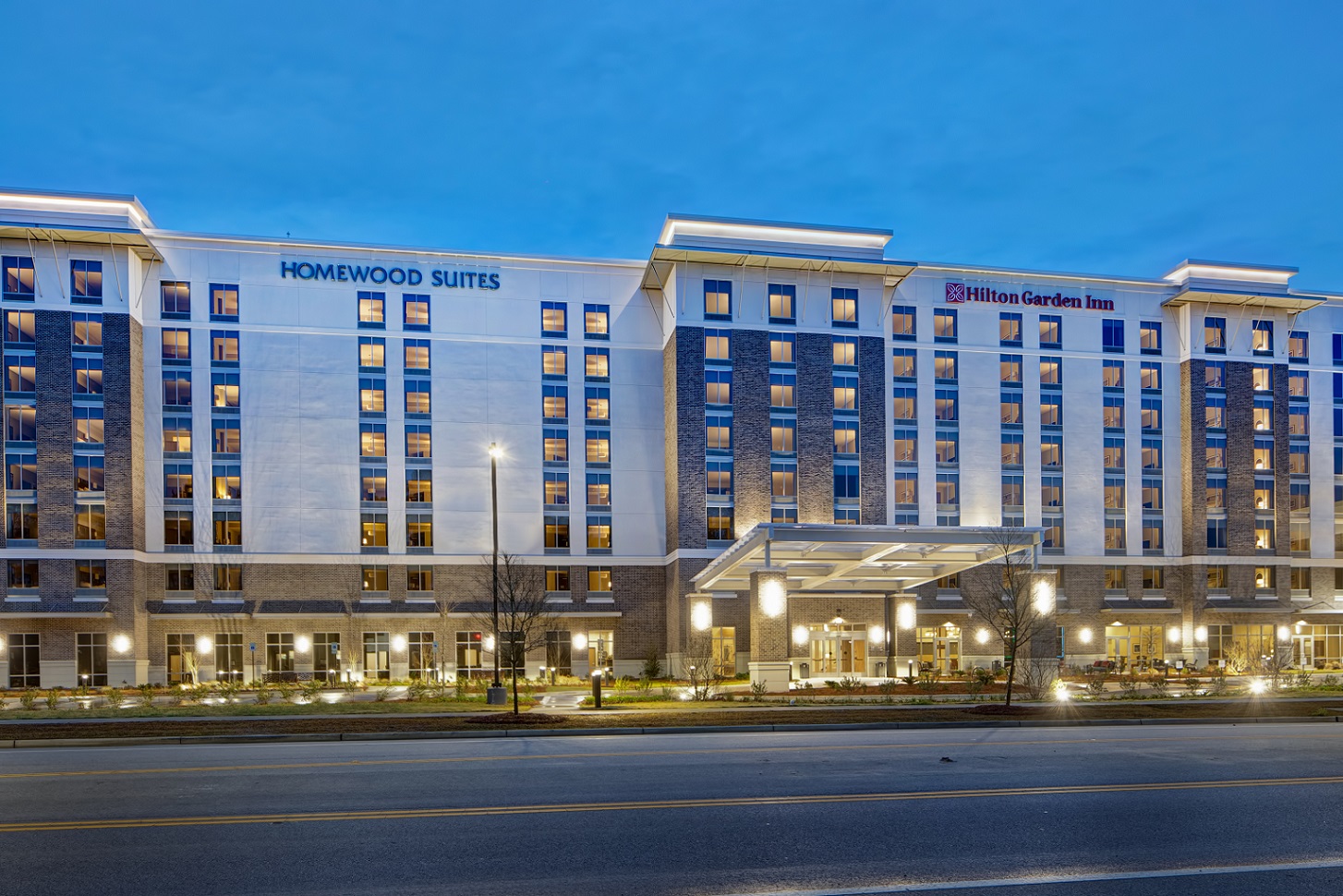 A dual-branded hotel and conference center that recently opened in Nexton is one of the first facilities of its kind in that area, and one of the largest hotel projects ever undertaken by its contractor.

The eight-story hotel, which opened to guests in March, has 250 rooms, resort amenities and access to the

Lowcountry Conference Center, which has a 7,000-square-foot ballroom and two large meeting areas, for a total of 14,000 square feet of meeting and event space.

“The hotel and conference center were thoughtfully designed to meet the needs of Berkeley County’s residents and visitors and to support the business community’s efforts to foster the region’s growing job corridor,” said Brent Gibadlo, vice president and general manager of Nexton.

Scott Fennell, president of Lowcountry Hotels, said proximity to some of the region’s largest employers, including Volvo Cars and Mercedes-Benz Vans, was a driving factor in the developer’s choice of location — at the corner of Sigma Drive and Edge Street — as was walkability to Nexton Square.

The biggest challenge, according to Black, was the size of the project.

“I think the challenge was it was a very sizable project,” he said. “And it was just the largest hotel project that we have built.”

Frampton also had to contend with two hurricanes that affected construction in 2018 and 2019.

“We definitely had some schedule impacts related to hurricanes that we had to overcome,” he said.

Still, the project was completed in 22 months — ahead of schedule.

Black has been involved in hotel construction for over 20 years, and he said dual-branded projects have become more common across the country.

“The obvious reasons are you’re able to offer the customer an alternative or potentially a brand that they’re familiar with and do that with the opportunity to share amenities, and in the case of … this location, the Nexton development was a premier location for a Hilton Garden and Homewood dual brand,” he said. “But this hotel really offers full-service hotel amenities.”

The Summerville hotel, for example, incudes a lobby and bar area that Black said likely wouldn’t have been feasible for a single-brand project.

Construction on the hotel was completed on March 13, two days after President Donald Trump declared a national emergency because of the coronavirus pandemic, so Black said the project wasn’t impacted by COVID-19.

“We were right there really before things started to slow down, so we were able to deliver the project ahead of that, and clearly when the world rebounds, this hotel will be very successful,” he said.

Black said Frampton enjoyed working with Lowcountry Hotels, especially with them both being locally based.

“Frampton could not be more proud to be their construction partner,” he said. “They have great staff, great leadership, and they’re truly a Charleston-based hotel company — all of their properties are in the tri-county area.”