We’re struggling to see how Beaufort County, Hilton Head Island or taxpayers would benefit from a new regional airport in Jasper County to serve Jasper and Beaufort counties.

Jasper County leaders are exploring an upgrade of the small airport in Ridgeland. The county is looking at potential new sites that could accommodate a runway of at least 5,000 to replace the 2,700-foot airstrip that authorities say is landlocked, overburdened and marginally safe.

With that exploration comes the renewal of an old idea: a Beaufort-Jasper regional airport.

The implication is that this could somehow resolve the issues surrounding the Hilton Head Island Airport, whose master plan calls for a controversial lengthening of the runway.

Beaufort County Council member Steve Baer of Hilton Head is pushing for a new study of a two-county regional airport. He notes, however, that it would not mean closing the Hilton Head airport.

Baer does suggest that commercial air service to the island could possibly go away and that because the regional airport in Jasper County would serve a larger population it could produce demand for a non-stop route to New York, as well as routes to major hubs.

That wouldn’t solve the Hilton Head airport issues of noise and runway length. The private jets would still make noise, and pilots would still clamor for a longer runway.

So why abandon commercial service to Hilton Head? It makes little sense. That’s where the need is, as shown by the fact that Hilton Head is the only airport in either county to offer commercial service. The service is there because it meets a demand, pure and simple, and it doesn’t seem smart to throw that away. It addresses a convenience factor that is important to commercial flyers, as well as business flyers, such as Arnold Palmer, who flew in an and out in a twin-jet business aircraft recently.

As for the need for a regional airport to serve commercial passengers, one already exists. It’s the Savannah-Hilton Head International Airport. It is convenient to Interstate 95, and I-95 is convenient to all points in Beaufort and Jasper counties.

Meanwhile, Walterboro Mayor Bill Young is reminding everyone that Colleton County — also on I-95 — already has a Lowcountry Regional Airport, with three runways ranging in length from 5,550 feet to 6,007 feet.

None of this means that Jasper County should make do with an inadequate airport.

But it does mean that the expense and logic of a new regional airport needs to be weighed carefully against better use of what already exists. 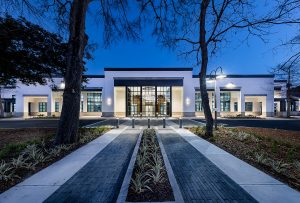