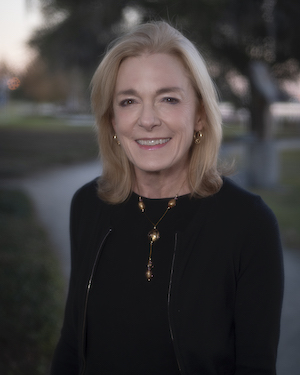 Elizabeth L. Boineau, founder and owner of E. Boineau & Company, based in Charleston, S.C., is a 35 year veteran of the marketing communications and public relations industry. She offers extensive senior management experience in the marketing communications field, with an emphasis on public relations, media strategy and crisis communications for professional service firms, tourism/hospitality and destination entities. Clients include companies, cities, towns, chambers of commerce and non-profits.

In the mid-90s, the firm managed national, state and local media for the opening of McCrady’s and later, for the launch of SNOB (Slightly North of Broad). She handled ongoing PR for Anson’s until she left for Los Angeles in 1996, then Circa 1886 and Wentworth Mansion upon her return in 2002. She reopened then as a virtual firm, now with a team of four. The agency primarily handles professional service firms and travel/ tourism/ hospitality. They had a long term engagement with City of Walterboro (crisis communications, rebranding, media training, media relations, national media outreach, marketing strategy) and have had an eight year partnership with Edisto Chamber (rebranding, messaging, media relations, national media outreach). In the past, they won the RFP to develop Town of Edisto Beach media materials, web content, and an online newsroom. They also were hired to create widespread awareness of the launch of public tours for Center for Birds of Prey, garnering AP interest and cover stories that gave rise to a new chapter in the life of this renowned non-profit.

Before re-establishing E. Boineau & Company in Charleston, Elizabeth served in senior management positions (1996-2002) with the three largest communications firms in the world – Omnicom for Fleishman Hillard in Atlanta, Interpublic Group for Weber/Shandwick in Atlanta and Miami, and WPP for Hill & Knowlton in Los Angeles. In these roles, she offered strategic communications planning, insight and counsel to develop and build the brand identity, awareness and reputation of leading companies and organizations.

Before forming her firm in Charleston in 1990, Elizabeth was director of public relations for the Charleston County School District, the second largest district in the state. Prior to that, she was the marketing officer for C&S Bank (Bank of America) for the Charleston (S.C.) Trident area.

Over the years, Elizabeth has served in leadership positions on many boards and committees and has been recognized for excellence by industry peers. She was awarded the American Advertising Federation’s Annual Silver Medal Award in February 2010 for industry leadership and community involvement. For many years, she authored a monthly marketing column for the Charleston and Columbia Regional Business Journals.

She is past president of the Advertising Federation of Charleston, and Charleston Stage Company. She previously served as a trustee member of the Greater Miami Chamber of Commerce and as board member of Charleston Trident Chamber of Commerce. She served for several years on the board of the BB&T Wine & Food Festival, and on the Middleton Property Owners Association board, and on the marketing advisory committee of the Coastal Community Foundation. She currently serves on the board of the Lowcountry Autism Foundation and as a volunteer for Edisto Island Open Land Trust.

Elizabeth graduated from Randolph-Macon Woman’s College in Lynchburg, Va., with a Bachelor of Arts in Psychology.